The iWell Operating System (iWellOps) uses the latest communication technology to quickly and reliably take critical data from your wells and field to a web based platform allowing field operations personnel, engineering staff and other decision makers the opportunity to make timely actions and informed decisions. Accessed through any mobile device, laptop, or desktop through a simple app, iWellOps places the ability to view, control and optimize any pump in any field in the hands of those required. Whether operated as an automatic control system or simply to monitor and alarm, the iWellOps will maximize your profits through increased production and reduced downtime.

NEP installed the iWell Operating System on their 2-23 well in the Ellerslie pool and the field is now operated by Point Bar Resources.  The Ellerslie pool has been on production since 2000 and is producing from a reservoir with an active water drive, which requires continual optimization to maintain oil production.  Typical production for the NEP 2-23 well prior to install of the iWell Operating system was total fluid of 89.21 m3/d consisting of 87.75 m3/d water and 1.46 m3/d oil, or a 98.3% water cut. 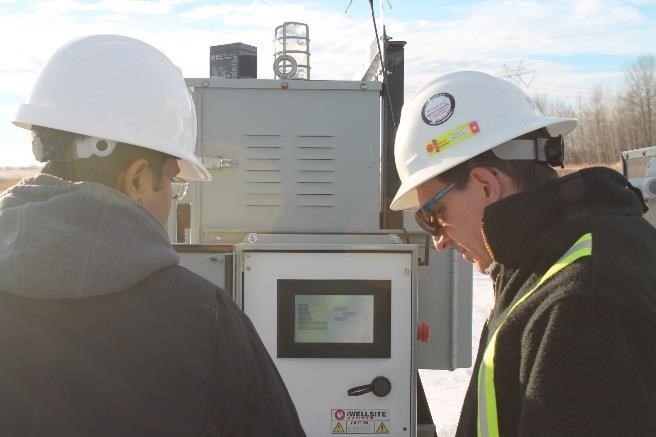 The main goals of the install were to optimize production by maintaining a lower height of fluid above pump and protect the rod string from high torque conditions. Prior to the install, operations staff maintained a pump speed of approximately 200 rpm to avoid potential pump off conditions and high torque conditions. During setup of the iWellOps system a torque value of 550 lbs-ft was chosen as the shutdown level for the pump. A normal operating limit of 475 lbs-ft was set, meaning that the controller would slow the pump if torque exceeded this limit. 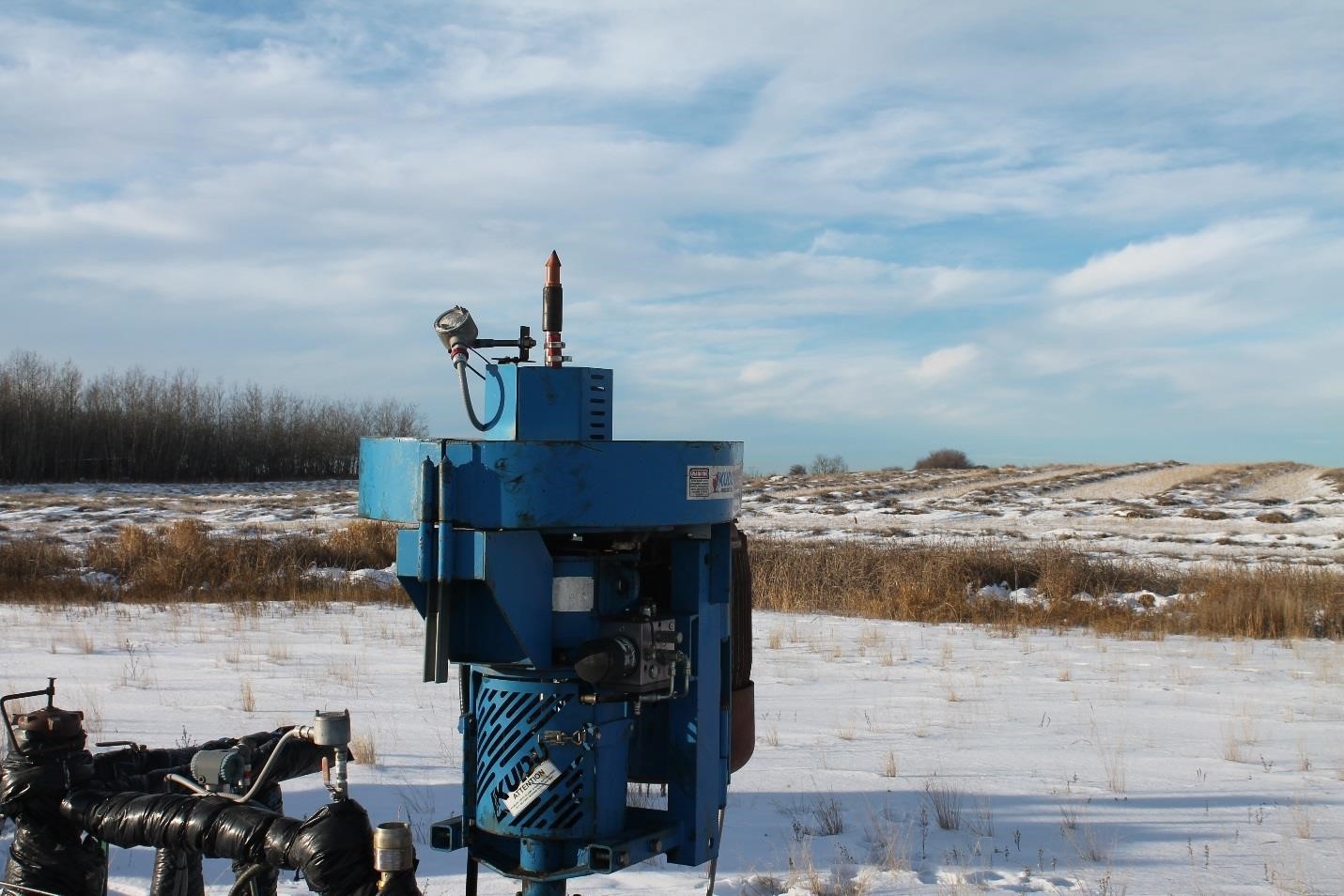 When the well was placed on automatic control, the iWellOps system increased pump speed to 235 rpm, which was significantly higher than typical under manual control. Over the course of 24 days rod torque gradually increased indicating the fluid level above pump was being drawn down. 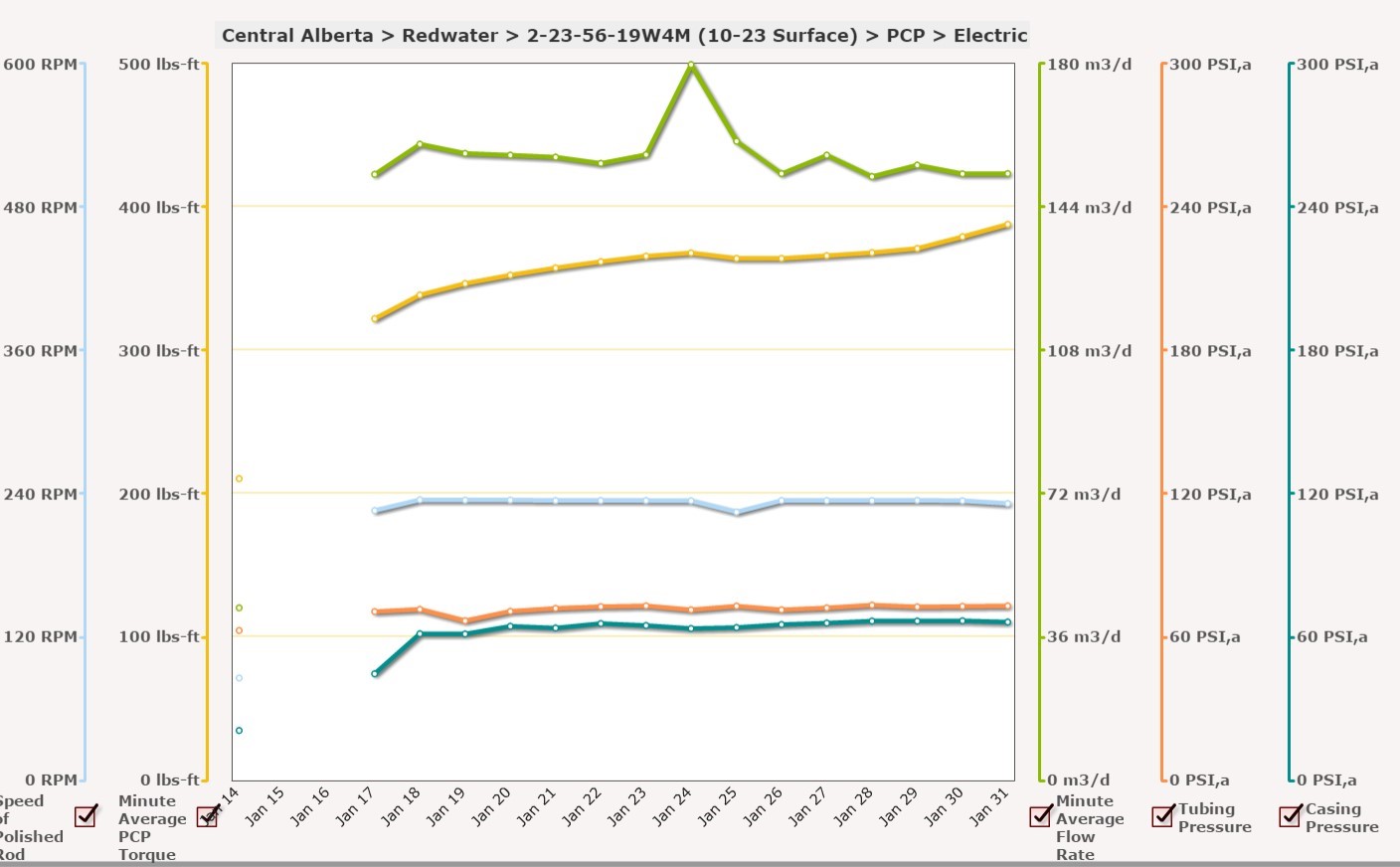 By incorporating an automated optimization control system based on torque, the operator was comfortable in allowing the pump rate to increase significantly.  This allowed the well to be drawn down beyond historical levels when operated manually.  The result was a 71 percent increase in the oil produced on a volume basis, netting Point Bar an additional cubic meter of oil per day.  Assuming $15/bbl netback, the company has increased revenues from this well by approximately $34,300 per year.

Following these initial results Point Bar plan to further increase the pump speed by increasing upper rod torque limit in the iWell Controller.  The anticipated benefit is increased gross fluid production and higher oil production on a percentage basis.    Point Bar Resources has seen an increase in oil production as a direct result of the well being continually optimized. Given the well is part of a prorated oil battery continual testing and monitoring of the well is onerous and would prevent monitoring of other wells part of the gathering system.